By Stephanie Carter and Lezlee Whiting

After the passing of Dr. Terry Mackley Buxton and his wife Diane Christensen Buxton, their children: Julie Wilkins, Greg Buxton, Ginger Rust, and the children of the late Chris Buxton, along with the Buxton’s many grandchildren, knew they needed to find a way to continue to honor Terry and Diane’s passion for the Uintah Basin and the medical field. 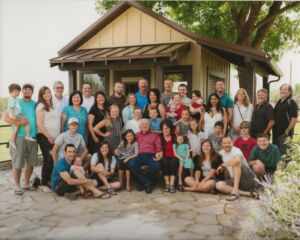 The family of the late Dr. Terry and Diane Buxton is donating $60,000 in memory of their parents to help students interested in pursuing a career in nursing. The scholarship is specifically for those who take their first step into the medical field as a Certified Nursing Assistant.

They said prior to their dad’s passing, he talked about creating a scholarship but left no instructions in his will. Together the Buxton children decided that a scholarship contribution to the nursing assistant program at Uintah Basin Technical College, for Uintah Basin residents would be the perfect way to fulfill this desire.

The Buxton family and UBTech are excited to announce the Dr. Terry and Diane Buxton Endowment Memorial Scholarship. The $60,000 donation made in memory of Dr. Buxton and his wife, will be available for students attending the Nursing Assistant program at UBTech.

“A Certified Nursing Assistant (CNA) is the first step into nursing. What better way to celebrate and honor Dr. Terry and Diane Buxton than aiding students starting their journey into nursing? It’s giving them the gift to begin,” said UBTech President Aaron Weight.

As newlyweds Terry and Diane embarked on the first phase of their life’s journey together when Terry attended the University of Utah, graduating in pre-med. From there it was on to medical school at George Washington University in Washington, D.C. His internship at LDS Hospital in Salt Lake City followed. 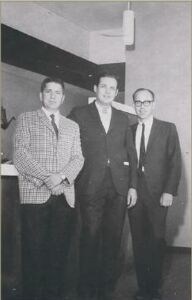 Their next step was to find a home and build a practice. That is when Terry, originally from Driggs, Idaho, found a rural community in northeastern Utah in need of a doctor and made the decision to settle in Roosevelt. He served the growing community as a general practitioner for the next 37 years until his retirement in 2000.

He delivered babies, performed surgeries, sewed up lacerations, fixed broken bones, helped ease the common cold – and still found time to round up wild horses! He always said he “just wanted to be a ‘good ole’ country doc.”

Along with physicians Frank Madsen and Gary White, Dr. Buxton started the Roosevelt Medical Clinic. Dr. Phil Condie and others joined later. In those early decades of their practice, the doctors did everything and worked long days and into the night, covering the ER, the OR, all while holding clinic hours.

“Dr. B,” as he was affectionately known in the community, genuinely loved and cared about people. He was proud of the fact that he helped establish the Duchesne County Hospital in Roosevelt, now the Uintah Basin Medical Center. Over the years he helped mentor dozens of student doctors and nurses as they spent time training with him.

Marilyn Stringham Dahlberg worked for Dr. Buxton as his Licensed Practical Nurse and as the UBMC Nursing Supervisor for over 11 years up until his retirement. 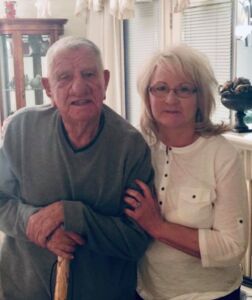 Marilyn Stringham Dahlberg (right) worked for Dr. Buxton as his Licensed Practical Nurse and as the UBMC Nursing Supervisor for over 11 years up until his retirement. Dahlberg was a Practical Nursing graduate from UBTech (then known as Uintah Basin Applied Technology Center) in 1991.

“When he told me he was retiring, it was emotional. We sat in his office and hugged and cried. He was like a father to me,” Dahlberg said.

“The very first day I started working with him he said, ‘if you can treat our patients like your family, we’ll get along great.’ He really cared about how he made people feel.”

Dahlberg was a Practical Nursing graduate from UBTech (then known as Uintah Basin Applied Technology Center) in 1991. She worked as a CNA in the OB Labor and Delivery department prior to becoming an LPN.

“One weekend he went chasing wild horses and on Monday at work he came walking down the hall, all bent over, with wrapping around his chest. I asked what happened and he said, ‘oh I broke a few ribs.’ I asked if a doctor approved him coming to work and he just replied, ‘these people need me’ and he refused to go home.”

While raising a family of four young children, Diane managed the Roosevelt Medical Clinic for several years and single-handedly took care of life on the home front because Terry was so busy as a doctor. 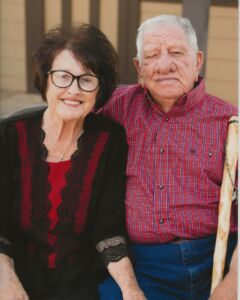 Dr. Terry Buxton and wife Diane. Dr. B, as he was known, served the Uintah Basin for 37 years. The Buxton family is honoring their parents with a nursing scholarship to UBTech.

Terry readily admitted that she was “the wind beneath his wings,” thus the family said they felt the scholarship should be in both of their names. After Terry’s retirement the couple served a medical mission in the Pacific Islands area.

“They grew to love the Uintah Basin and the people over the 56 years they lived here,” said their daughter, Julie Wilkins. “They were married for 63 years and have 4 children, 14 grandchildren, and 20 great-grandchildren. They left a great legacy for their family and for the Uintah Basin community.”

Additional contributions can be made to increase the Dr. Terry and Diane Buxton Endowment Memorial Scholarship. “That’s the best part,” said Greg Buxton, “The scholarship can grow and benefit even more future nurses.”

“Our family is honored to present this scholarship in their memory and in their names and know they would be very happy to have it benefit the medical community and people of the Uintah Basin in the years to come,” Julie said.